A round table discussion named “Defining a new security for Europe that brings Russia from the cold” is going to take place on Monday the 2nd of March 2015 at The Press Club Brussels Europe (located at Rue Froissart, 95 – 200 meters from Place Schuman) at 10am.
The event is organized by the  Committee for East West Accord.
The main stakeholders are John Mearsheimer, Stephen Cohen and Katrina Vanden Heuvel.

John Mearsheimer is America’s best known scholar in the Realist (Realpolitik) school who has dared to touch tabu subjects. In 2007 he co-authored “The Israel Lobby and US Foreign Policy”. This year he published an article entitled “Why the West is to Blame” in the confrontation with Russia over Ukraine in the prestigious Foreign Affairs magazine, touching off a great controversy in the foreign policy establishment. 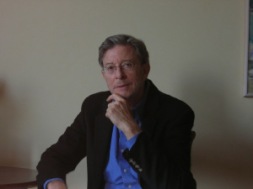 Stephen Cohen is America’s number one scholar of modern Russia. Author of the classic biography…

Follow THE MOSCOW REPORT on WordPress.com
The Wall Will Fall

Where mainstream media fears to tread

It is an excellent rule to be observed in all disputes, that men should give soft words and hard arguments; that they should not so much strive to vex as to convince each other.

SV-POW! ... All sauropod vertebrae, except when we're talking about Open Access

because facts really should be sacred

A blog by Paul Likoudis. News and views for people in the reality-based community.

Classroom materials and teaching tips from TEFL lifer Alex Case. See the drop-down menus under the photo for thousands of photocopiables and articles, and for how to support TEFLtastic

The PROFESSORS' BLOG – Science, Culture & Human Rights For All

When we blindly adopt a religion, a political system, a literary dogma, we become automatons. We cease to grow. ~Anais Nin

Palestinians are at the heart of the conflict in the M.E Palestinians uprooted by force of arms.. Yet faced immense difficulties have survived, kept alive their history and culture, passed keys of family homes in occupied Palestine from one generation to the next.